As I mentioned in a previous post I was lucky enough to be one of two runners picked for a local competition to be a sponsored athlete with coaching by Clean Coach Katie, sports massage by Rudi at The Treatment Lab, and a gait analysis and trainers by Dionne at Up & Running Milton Keynes. I know Katie from local races, Rudi managed to fix my knee for Chicago when I could barely walk three weeks before, and Dionne hosted the book launch party at the old store (now moved to fancy new premises over the road). 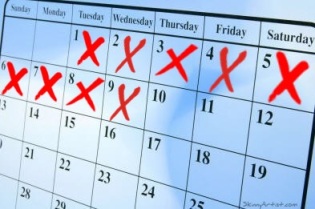 I’m targeting London Marathon having defied the odds and got in on a ballot entry. Again. I’ve typically run 20 marathons a year so ignore the traditional 1, maybe 2 a year approach with dedicated training schedules. The closest I’ve come to following a plan was marathon 2 and 3 back in 2012 when I trained for London and Milton Keynes on subsequent weekends so still not your standard approach to training or recovery.

Having my two fastest marathons off the back of ultra training almost as accidental PBs I’m keen to actually focus on a race and see what I can do. My three fastest marathons at 3h13, 3h14 and 3h15 have all been at small, low key events with barely 50 competitors and aid stations where you stop at a table and peruse your choices rather than having stuff handed to you like a large event. The 3h14 marathon required an extra stop per lap to get a lap card punched. Not ideal for shaving off precious seconds, and neither were the 40-50 miles in the previous week.

Where I am now

Whilst I’ve enjoyed a good 2 year run where anything slower than a 3h30 was a disappointment to me, my most recent attempts have been in the 3h45 to 4h window. The ridiculous Lakeland 100 took far more out of me than any previous ultra I’ve done. The terrain plus the sheer duration (36hrs) lead to cankles and foot issues, robbing me of speed. It got so bad I actually went to a sports rehabilitation for the first time in 8 years of running as I was so broken before Chicago I was checking cut off times (6.5hrs in case you were wondering).

I’ve always entered races with at least a couple of targets. When undertaking the Grand Union Canal Race, I had goals of 36 and 38 hours for the 145 mile route. The weather was brutal (actually brutal, the hottest bank holiday in the UK ever) and the route came up long at 153 miles. I covered 145 miles in 36 hours but still a long way off the finish, and the second goal kept me focused to complete the event in 38 hours dead. Without that I probably would have walked it in closer to 40 hours. With this in mind I have a few targets –

This is put together by Katie, and only released a month at a time to avoid scaring me. It’s printed out on the wall and I’m crossing off each day like a new runner again!

As I’m targeting London my schedule starts in January so I could enjoy Christmas. The other athlete Anastasia, who’s targeting Manchester marathon started in December as the event is earlier. Less mince pies, shame!

The main difference from my usual running is these things called rest days. I’ve never intentionally done a run streak (run every day for a set periods, sometimes months, sometimes years or even decades) but don’t take rest days often. In the 6 month run up to the Lakeland 100 I probably only took 10 days rest in total. So now I have one day a week as imposed rest, and a few days recommended at the start of the plan to recover from a busy year and the very odd Headtorch marathon on 27th December.

The schedule is based around other commitments like taking the boy to football on a Saturday so has long runs on a Sunday.

For January it’s a slow build, with the Watford Half Marathon on 2nd Feb as first event. I don’t do HM much and this one will be a new event for me and a good way to judge where I am. I’m told it’s also got some cheeky hills. 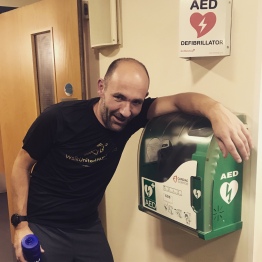 Included in the package are core classes once a week where I get to show everyone that I have the flexibility of an oak tree. They’re fun in a ‘why doesn’t my leg bend like everyone else’s?’ way. Given I’ve had my first injury this year I’m conscious that this is something I’ve neglected for too long. I stretched once a few years ago I think. Wasn’t keen. 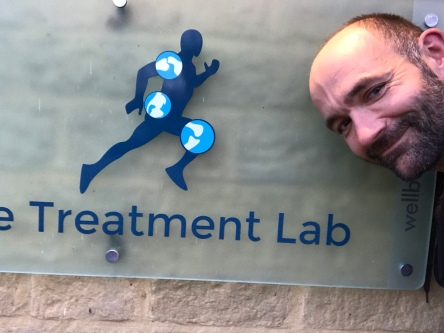 Before Christmas I popped to the Treatment Lab for Rudi to assess how wonderfully agile I’m not. The whole process takes an hour including assessment and attention to areas needing work. The upshot of his manipulations is he’s diagnosed stiffness in my hips, and the right in particular needs some work, as shown by the dodgy knee on that side. I came out the treatment feeling like a coiled spring so it must work.

He also sent through exercises to do at home which I’ve surprised myself by actually doing, even getting the family to join in.

The Up & Running store in Milton Keynes has fancy motion capture cameras on a treadmill to provide motion metrix gait analysis. It’s not even comparable to the stores where a member of staff tries to asses how you run from a 20 metre jog around the clothing rails. This detailed analysis provides excellent data to evaluate your running style, measure efficiency and crucially allows comparison between different trainers. 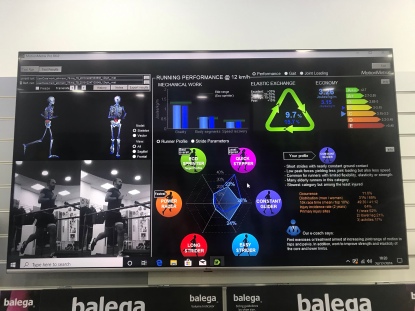 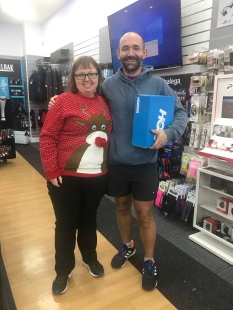 I took along my Adidas Boost (I’ve got umpteen pairs of these and struggle to remember the model names, I think these were Supernova), and also my impulse buy Nike Zoom Fly FK with the carbon fibre plate. The shock result was that I ran less economically in the Nike, exactly the opposite of what they should have been. Overall I was a ‘constant glider’, or basically an old man shuffler as expected. 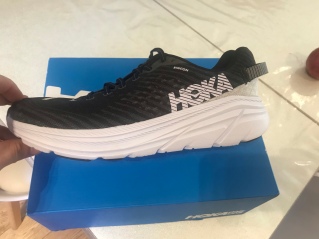 Dionne then tried me in three more shoes, and eventually settled on a Hoka Rincon which was a surprise. I’ve got a couple of pairs for trails (when I finally got over the daft colours and unusual looks) and not considered for road use before but they just felt so right and moved me towards ‘quick stepper’ like an ultra runner or female marathon runner according to the system. If that’s Paula Radcliffe then I’ll take that.

The Hoka gave an efficiency of 3.15 Joules/kg/m compared to 3.26 for the Adidas, with a natty graph of efficiency like when you buy a new boiler. I moved up to B from C. I still wouldn’t buy me with the current price of gas.

So that’s it. I’ve got the shoes and plan, with regular sports injury treatment and checks to keep me in line. All I need to do now is train.

2 thoughts on “Training like a proper runner! The Start”