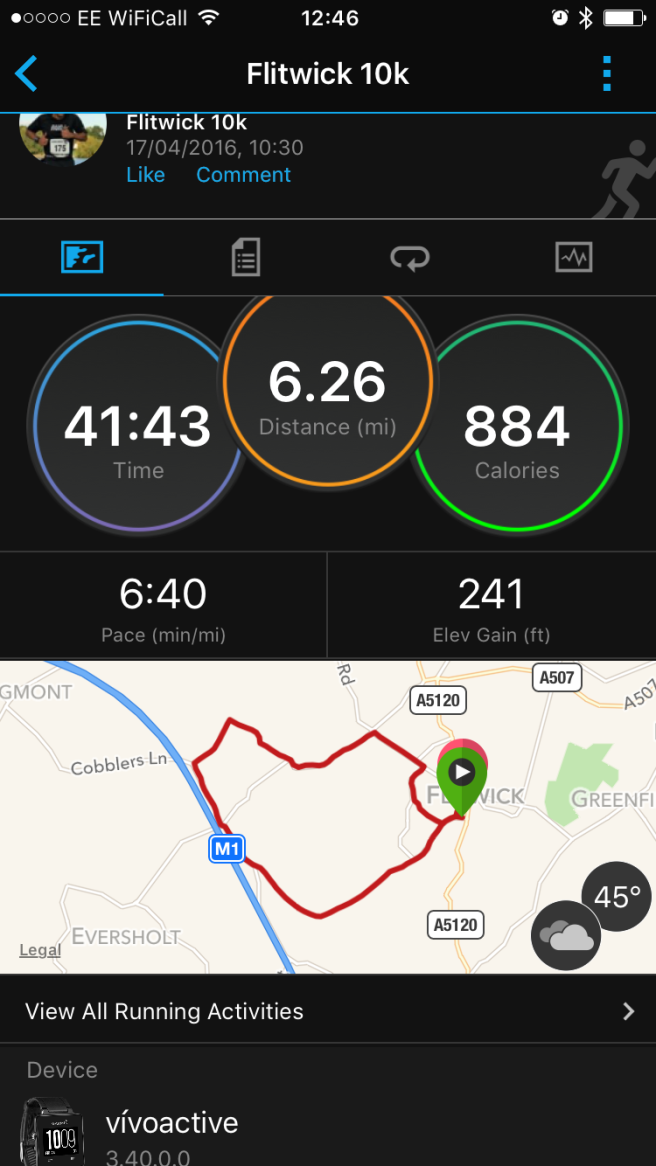 Had some up and downs in training since Paris so wasn’t sure what would happen at the Flitwick 10k today.  Went off fairly hard and tried to hold the pace as much as the undulating course would allow.

Seems to pay off and I beat my previous 10k PB by over 2mins.

Well I stuck to my traditional spring marathon blow up. A nice 3 mile warm up run to drop bag and get in start pen, hurdling Parisians out for a Sunday stroll made sure I was a sweaty mess before the gun went off. Then it seemingly got very hot and after about half way the undulations somehow turned into mountains.
Lost sight of the 3:15 pacer and had a ‘why do I bother’ spell before deciding to dig in for a sub 3:30 which was hampered by seemingly every aid station having someone decide to stop dead in front of me and peruse the selection on offer like he was in Tesco. My French isn’t good enough “For fucks sake it’s the same bloody stuff as the last 10 stations, if you’ve not decided in the intervening 3 miles what you want then you don’t deserve anything.”

Highlight of the race was a poor racer who succumbed to the heat and as he fell was caught by passing runners and gently laid down on the road as he clearly was in no fit state to look after himself.  It was heartwarming to see strangers jeopardise their race to help someone else.  And hilarious to watch the fallen runner slowly raise his arm over his chest, bring them together as if to pray to his chosen diety for recovery, but actually to pause his Garmin. 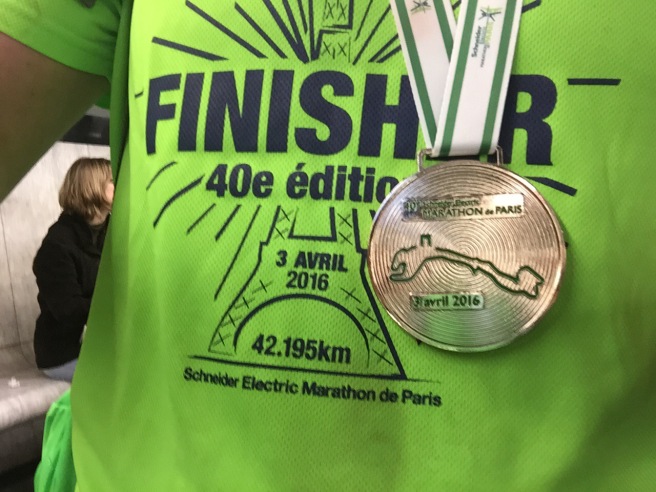